Ribbon Grass grows in wet soil and can either be a solid green color or a variegated green and cream color. The plant reaches a height of two to three feet. These grasses are often planted as decorative plants around households, however, in the Metolius Basin, these grasses have settled near the shores, and on islands, of the Metolius River making it difficult for native plants to grow. Ribbon Grass can be removed by pulling out the plant and transporting it to a proper disposal site. Most recently, Friends of the Metolius have been using herbicide to curb, and the hope is, eventually eradicate the Ribbon Grass from the banks of the Metolius. 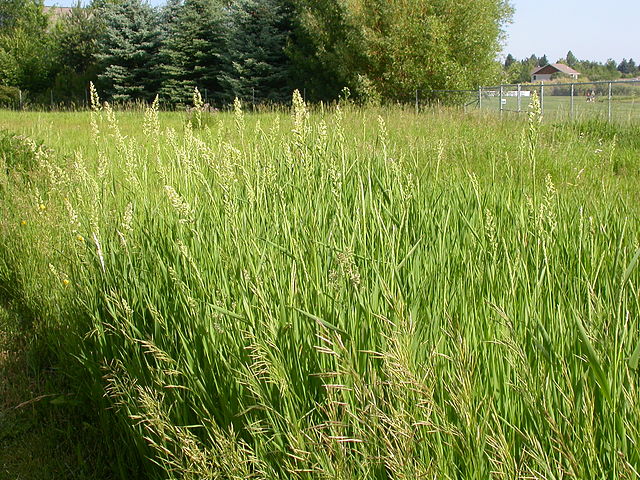 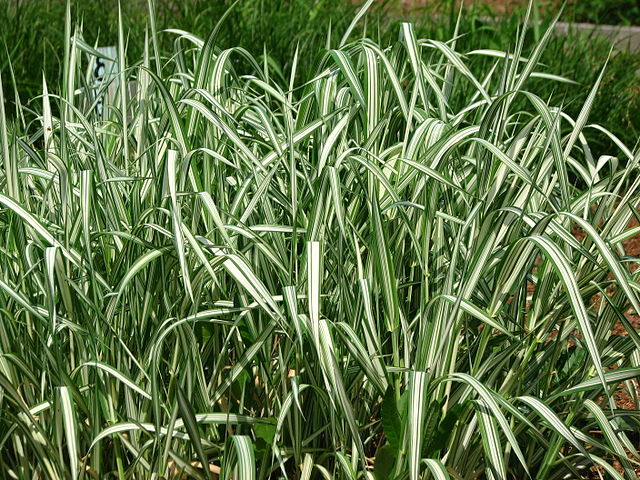 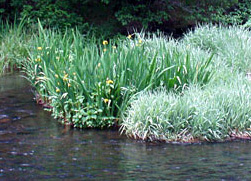 Spotted Knapweed is easily identified when it is flowering, with petals that are pink and purple. The base of the bud of the flower has a signature black bract which gives the weed its namesake, ‘Spotted’ Knapweed. The plant is highly adaptable growing and blooming in a variety of soil and light conditions. This plant prefers sunny, arid soils but can be found in moist, shady areas. Left unattended, Spotted Knapweed will reach a height of three to four feet. However, it can bloom as short as two inches if it is being mowed regularly. 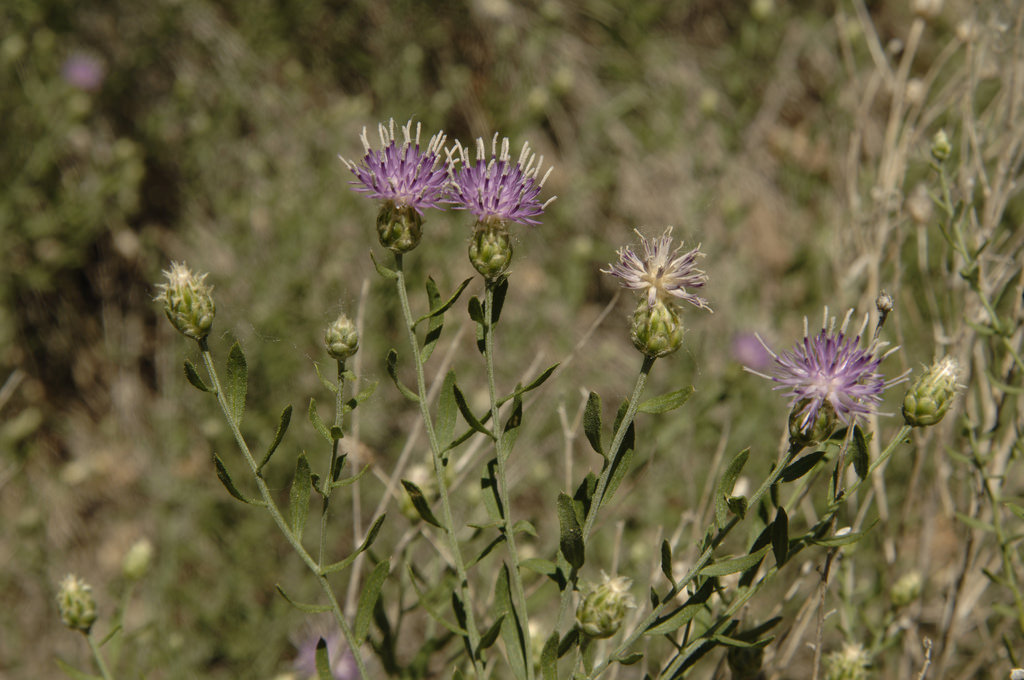 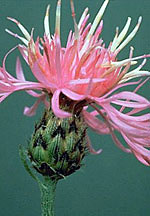 Yellow Toadflax is distinguished by its primarily yellow petals and orange highlights. The snapdragon-like shape of the flower and narrow, pointed leaves give this weed a unique look. The taproot of Yellow Toadflax can be quite long, up to two to three feet in length. Areas that you would be most likely to find Yellow Toadflax are in drier soils, away from major water sources. Near fences, roads, or trails, the Yellow Toadflax will take hold and, once established, suppress other plant growth by spreading vegetatively or by dispersing seeds to surrounding, unestablished plots of land. 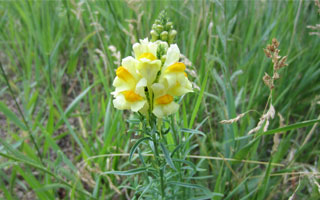 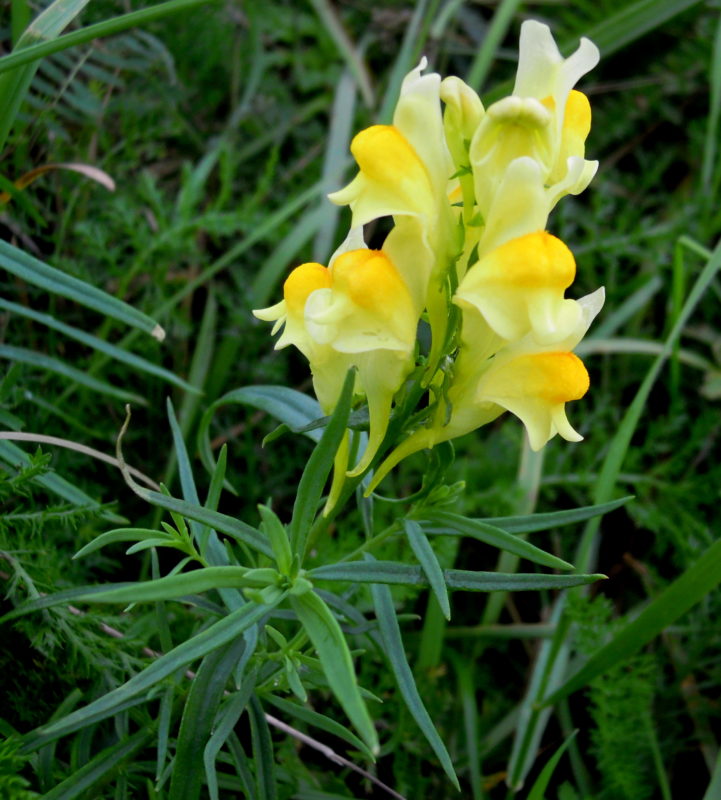 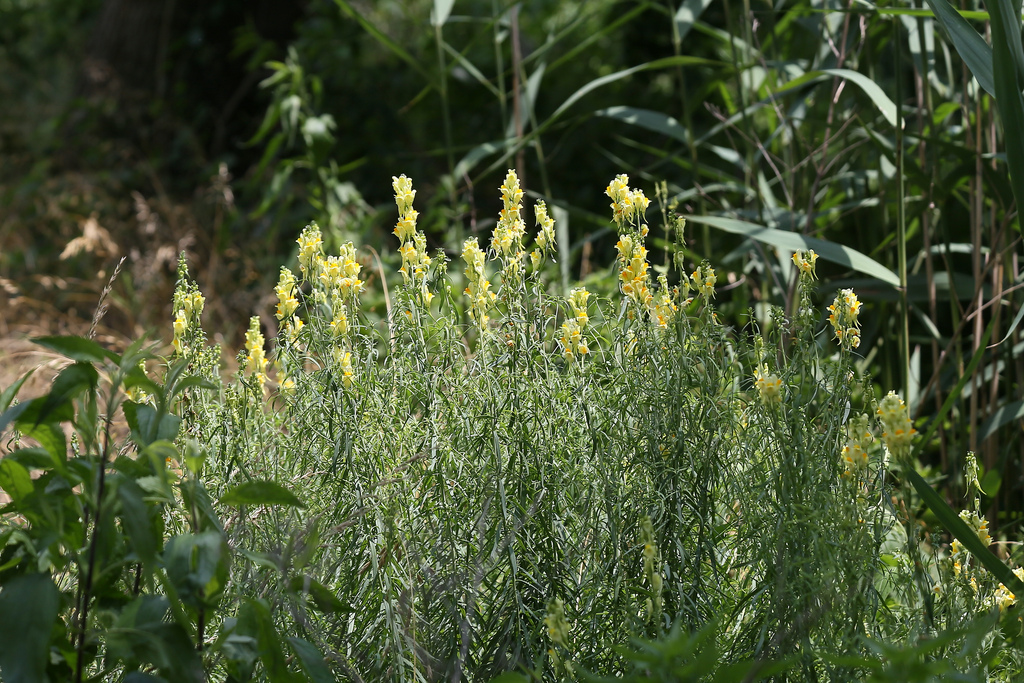 Yellow Flag Iris is identified by its bright yellow, three petaled flower that droop toward the base of the plant. There are also three pointy petals that point upward. In addition to the flowering area of the plant, the base leaves of the plant are green that are sword shaped. Often found growing in wetlands such as marshy areas or river banks, this plant is another that tends to snuff out native plant life in the area. It also diminishes the soil’s ability to retain water and can be poisonous to live-stock that may ingest it. This plant grows up to three to four feet in height. 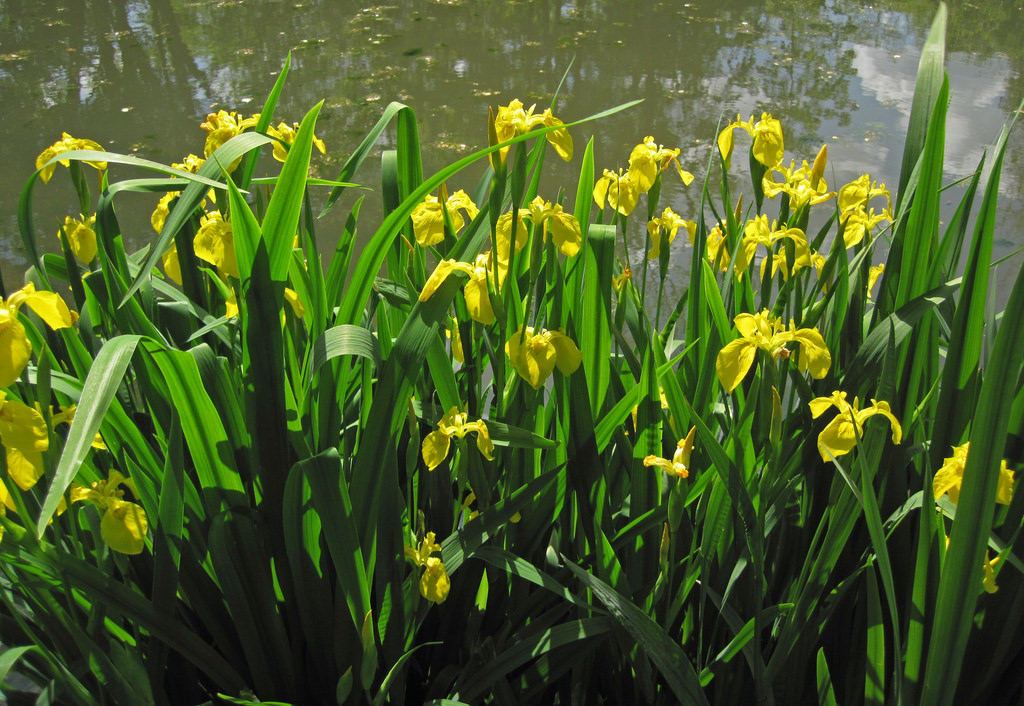 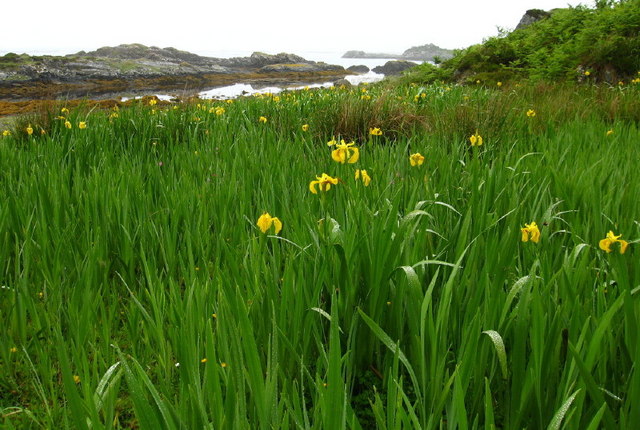 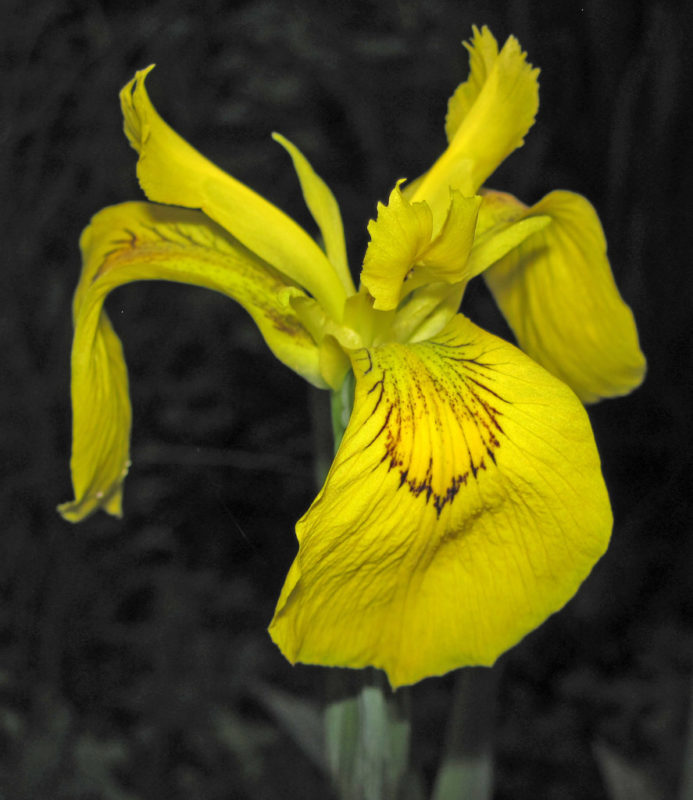