Friends has been working with the Forest Service with a grant from the National Forest Foundation and the lodges representing the Deschutes Forest Stewardship Fund to reopen the trail from the base of the Butte to the parking area about half way up. The volunteer effort on the 15th was the culminating activity of the project. Crews cleared brush, improved trail drainage, installed trail markers, and completed approximately two hundred yards of new trail connecting the historic lower portion with the existing upper trail. Hikers are now able to make the five mile bottom-to-top trek to the summit of Black Butte on the same trail that took early fire lookouts up 3300 feet to the mountain’s summit during the first few decades of the 20th century.

Evidenced by the number of cars parked at the trail head in recent weeks and by wear on the trail itself, the effort represents a successful addition to recreational opportunities in the Metolius Basin. 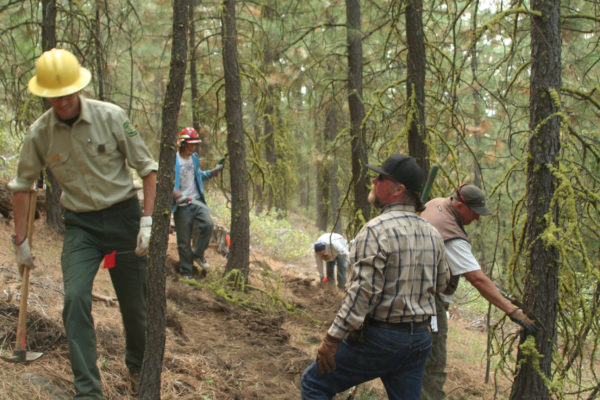